Jorden Morris is a former principal dancer of Canada’s Royal Winnipeg Ballet, and now continues to work in the field of dance by choreographing, directing and teaching across North America. While developing his choreographic skills, Jorden worked with several dance companies of note. Jorden was Chief ballet master and interim Artistic Director for Boston Ballet, Associate school director for Canada’s Royal Winnipeg Ballet, Guest ballet master for Cincinnati Ballet, and the Artistic Director of Citie Ballet in Canada. Most recently, Jorden took the position of Senior Creative Director for Shumka’s Nutcracker Production.

“Peter Pan” was choreographed in 2006 for Canada’s Royal Winnipeg Ballet. The RWB continues to perform this full length, as does Pittsburgh Ballet Theatre and Nevada Ballet Theatre.

“Moulin Rouge” was choreographed in 2009, also for Canada’s Royal Winnipeg Ballet. The RWB has toured this full length internationally, and it is a recurring work for Atlanta Ballet and Pittsburgh Ballet Theatre. “Moulin Rouge” was adapted and made into a full feature film, which opened in Cineplex/Odeon theatres throughout North America in 2014, and internationally in 2015.

“The Great Gatsby” was choreographed in 2018 and will premiere in Pittsburgh February of 2019.

Jorden has created several mixed repertoire pieces, most notable include contemporary works such as “The Doorway”, “MOA” and “Rechercher”.

Popular among his more folkloric works are “The Three Musketeers”, “Deverell”, “Turas” and “Jacinto”.

Jorden’s choreography has been showcased on CBC national television for the Genie, Gemini and Giller Prize awards. 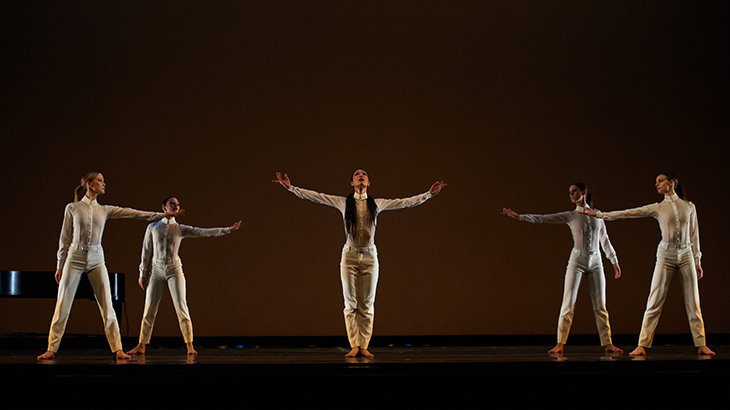